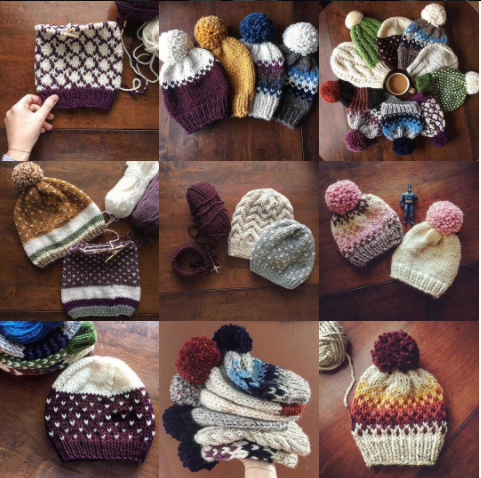 The first Hats for Parkinson’s Project started in September 2016. While watching Ger struggle with regaining his bearings during the first year of his diagnosis, I wanted to do more than just be an emotional support for him. The idea for the project came as a way for me to do something I already enjoyed very much and use it for good. I charged myself with knitting 30 hats throughout the month of August. My hope was to list one hat for sale on my Facebook page each night in September. The purchase price would then be donated to the National Parkinson Foundation Moving Day Walk in October. After minimal advertising, it was clear that many many people were willing to support this project. Through the kindness and generosity of friends, family, and strangers, we sold 42 hats raising $1,000 for the Moving Day Walk. Both Gerard and I were blown away and our hearts filled with gratitude.

The 2017 Hats for Parkinson’s Project is proving to be even bigger and better. We’ve sold more than 50 hats throughout the month and raised over $1,000 that will be donated to the Michael J. Fox Foundation. I’m looking forward to releasing the grand totals later this month. I’m left in a continual state of awe over the willingness people have to support the fight against this disease. The Hats for Parkinson’s Project is one that I hope to continue every September year after year for as long as it takes to find a cure.

Places to make a difference

Donate to help further  research and advancements in the field of medicine to find a cure for Parkinson’s Disease: The Michael J. Fox Foundation